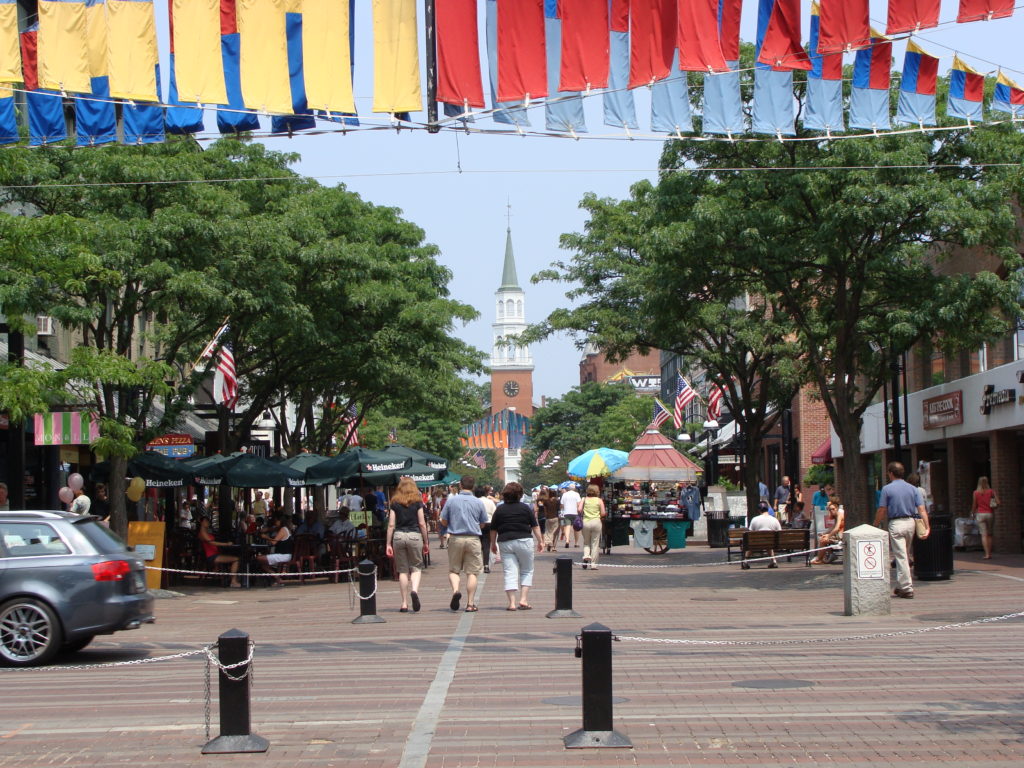 Located on the eastern shore of Lake Champlain between the Adirondack and Green Mountains, Burlington is one of America’s most liveable cities. Burlington is the largest city in the state of Vermont. At a population of 42,645, the city is the core of one of the nation’s smaller metropolitan areas. Burlington is a bustle of activity. The cultural activities, exceptional schools, idyllic location and architectural beauty make Burlington a city that is consistently ranked as one of the top places to live in the United States. Winner of the “Great American Main Street Award”, Burlington is home to the lively Church Street Marketplace, featuring shopping, entertainment, galleries and cafes.

The city is known for its thriving arts culture. Events such as the South End Art Hop and public galleries such as The Firehouse Gallery and Pine Street Art Works, showcase the visual arts. Burlington is also the birthplace of the legendary ice cream giant Ben & Jerry’s, founded in 1978 in a renovated gas station.

Burlington International Airport is located just 2 miles from the Holiday Inn Burlington. Accommodations, classes and meals will take place at the hotel. The hotel is just 1.5 blocks from the largest mall in Vermont.

Sigthseeing trips you can look forward to will include